Gutenberg is all that you hear about nowadays. Plugin developers want to understand how to build custom blocks for the new Gutenberg editor in WordPress.

For that purpose, I wrote a boilerplate which is heavily documented and will help you kick-start with developing custom blocks, built in ReactJS, ESNext, with Webpack, etc.

Instead of this deprecated and no longer-maintained boilerplate, I now recommend you to use my new toolkit called 🔥 ⚛‏ 📦 create-guten-block → 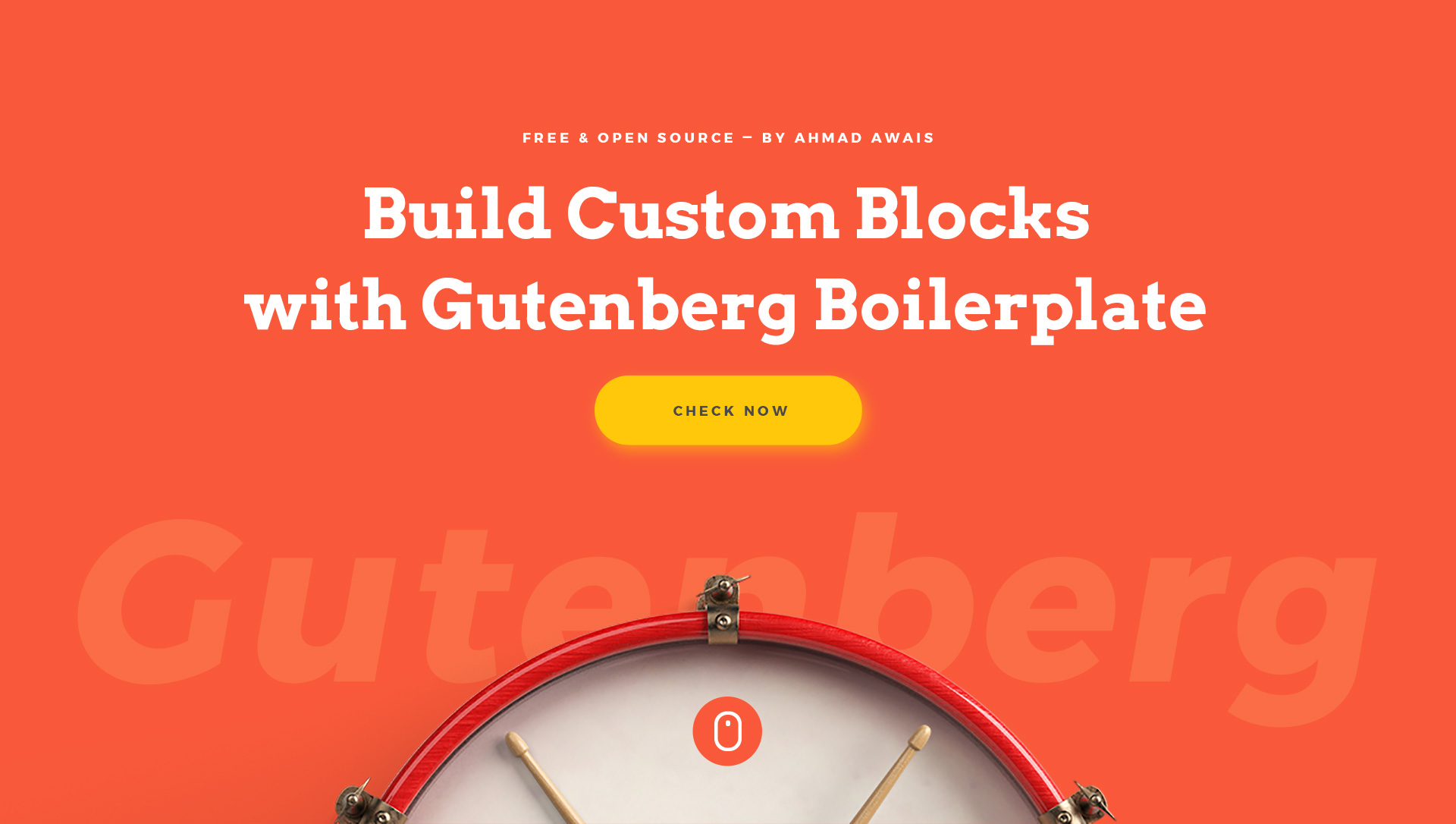 ⚡️ What Can You Learn?

This is a todo list for this boilerplate which also states the progress of what you can learn from it.

🍩 GIF Me Some Proof!

Sure thing! Here are a few examples of how you can use this WordPress plugin. When you install it after installing the Gutenberg plugin, this plugin gives you following four additional blocks.

Build a Custom Gutenberg Block — with custom CSS for editor and front end.

Build a Custom Gutenberg Block — with ES6 or ESNext and a Webpack build process.

Code is licensed under GPL v3.0. The content and documentation is copyrighted to the WordPress Gutenberg team and WGA - AhmadAwais.com (especially the content in the blog post). I am still making up my mind with how Gutenberg will fit in the WordPress core. There are so many things which are both good and bad about it. So, instead of ranting about it, I wanted to do something more productive. I went ahead, studied the source code and received a lot of help from Gutenberg project and its contributors (Matias Ventura, James Nylen, Riad Benguella, Andrew Duthie, Joen, etc.) to finally build this. I started with three different repos which now co-exist as the Gutenberg examples and added more examples and documentation, using the Gutenberg code as a reference. Thanks to the Gutenberg team for a lot of help along the way.

I also wrote about it Gutenberg Boilerplate For Third-Party Custom Blocks.

🙌 Hello, from the TheDevCouple! I (Ahmad Awais) am a Full Stack Web Developer and a regular core contributor at WordPress. My wife (Maedah Batool) is a WordPress Journalist/Dev/Core Contributor. If you'd like to get insights into professional full stack development, DevOps, WordPress community news, growing up a family, building and bootstrapping a business then subscribe to our premium newsletter called ↣ The WordPress Takeaway!

If you'd like me to keep producing professional free and open source software (FOSS). Consider paying for an hour of my time. I'll spend two hours on open source for each contribution.

This open source project is maintained by the help of awesome businesses listed below. What? Read more about it →

It’s free and open source. Issues/PR’s are welcomed on GitHub. Let me know what you think about this 🙂