I (Ahmad Awais) am launching a course to help you become a Visual Studio Code Power User. 💥

🤔 I have been writing code with the Sublime Text editor for a little over ten years now. Last year, I made a switch and slowly moved all of my workflows and snippets/settings to Visual Studio Code.

✅ Not only that, but I learned how to become a power user of VSCode. I have already contributed to the project and I have also started contributing by building a team of translators to translate VSCode in Urdu.

👨‍🏫 This year, I am stepping up and have promised myself to launch a course to teach developers how to save a bunch of time every single week while using my favorite open source code editor i.e. Visual Studio Code and become a VSCode Power User. 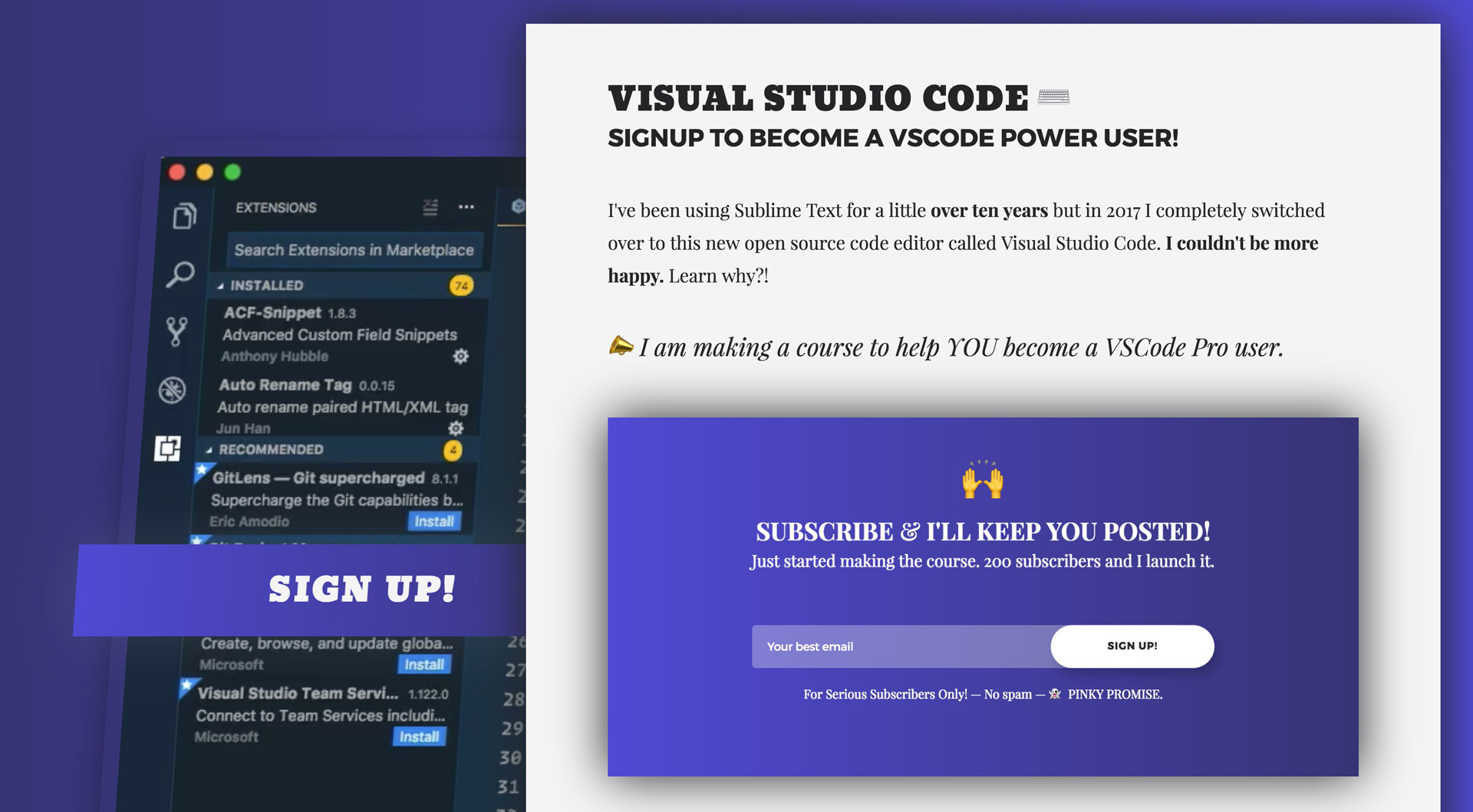 This course will include:

👉Also bought a cool domain for this course → VSCode.pro

A COURSE 💯 FOR EVERY DEVELOPER

I want this course to be useful for generally every developer and especially web developers, who code with HTML, CSS, JavaScript, and even PHP developers.

I’ve already spent about six months planning and recording this course, it will also serve as my online teaching reboot after what five years? So, I am super psyched. Wish me luck and sign up! 💯