One of the biggest revolutions of the past century was the invention of the World Wide Web. At that time, it was thought to be something that would not stick. But it changed everything.

With the Internet, different languages came along. People started using HyperText Markup Language commonly known as HTML to build websites. Then there came Cascading Style Sheets (CSS). Then everything went to servers and we started building full-stack applications.

These full-stack applications had a separate client-side and entirely different backend architecture. We rented servers to host these applications and that became the common practice. Over time, many new technologies were introduced for both frontend and backend development but the core architecture stayed the same.

In 2014, Amazon launched Amazon Web Service (AWS) Lambda, a platform based on AWS’s cloud service. This platform provided the basis for serverless architecture where instead of writing a complete application, we write autonomous functions.

Today, we are going to discuss how serverless architecture is changing the world and what are some of the services that are available to host these applications. So without any further ado, let’s jump in! 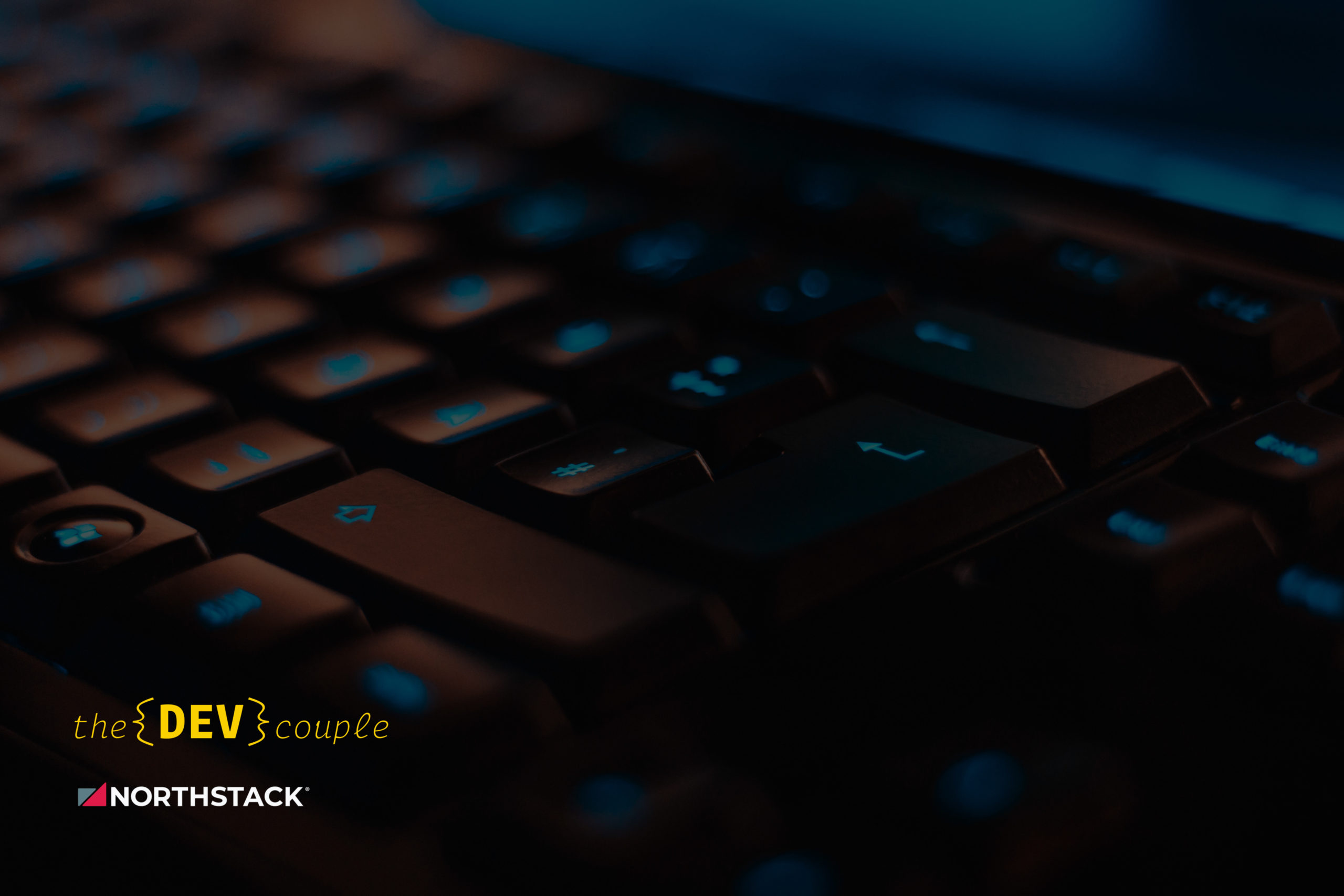 Usually, the name gives off everything but in this case, it is the opposite. Serverless architecture does not mean that there are no servers. Servers are definitely involved but you do not have to deal with them. It is the job of serverless hosting providers like NorthStack. We will get to it in a bit.

Serverless is an incredible approach. Instead of writing huge application code, you write them in small, autonomous functions. These functions are then hosted on the serverless hosting services. These services take care of everything and you do not have to manage your application server whatsoever.

Serverless architecture is also called FaaS, i.e., Function as a Service. It is quite different from the traditional PaaS (Platform as a Service) model that we are aware of and works with while developing applications. Let’s take a look at how it is different.

There is one major difference between PaaS and FaaS. With PaaS, your application is deployed on the server as a single unit which is the traditional way. We use some kind of web framework to make it develop these applications. When you have to scale the application, it needs to be done on the entire application level.

With FaaS, this is not the case. We write our applications in small functions. These functions are then deployed on the FaaS provider and can be scaled automatically as function call frequency increases or decreases. This way, our whole application does not need to be deployed again. Instead, we can easily scale these autonomous functions.

When we develop and deploy our applications on PaaS, we often buy extra resources. It is because we do not want our application to crash in case of high surges of traffic. Through this, we end up paying more for the services we sometimes do not even use.

Serverless has changed this entirely. With FaaS, you never pay extra. You only pay for the resources your application consumes. There is a meter running on different resources which your app is using. At the end of the month, you are charged according to these meters.

The FaaS model is a very cost-effective way of paying for computer resources. You only pay for the times that your functions get called, rather than paying to have your application always on and waiting for requests. Also, instead of paying extra every month, you only pay when your application resources are automatically scaled during high traffic surges.

One of the frontrunners in serverless hosting, NorthStack is a child company of Pagely and was founded in 2018. NorthStack is a managed application hosting built on a modern AWS stack. It is a containerized hosting service that integrates serverless functions, serverless components, and AWS Aurora serverless database service. Previously, we have written an extensive review of NorthStack that you can read here. 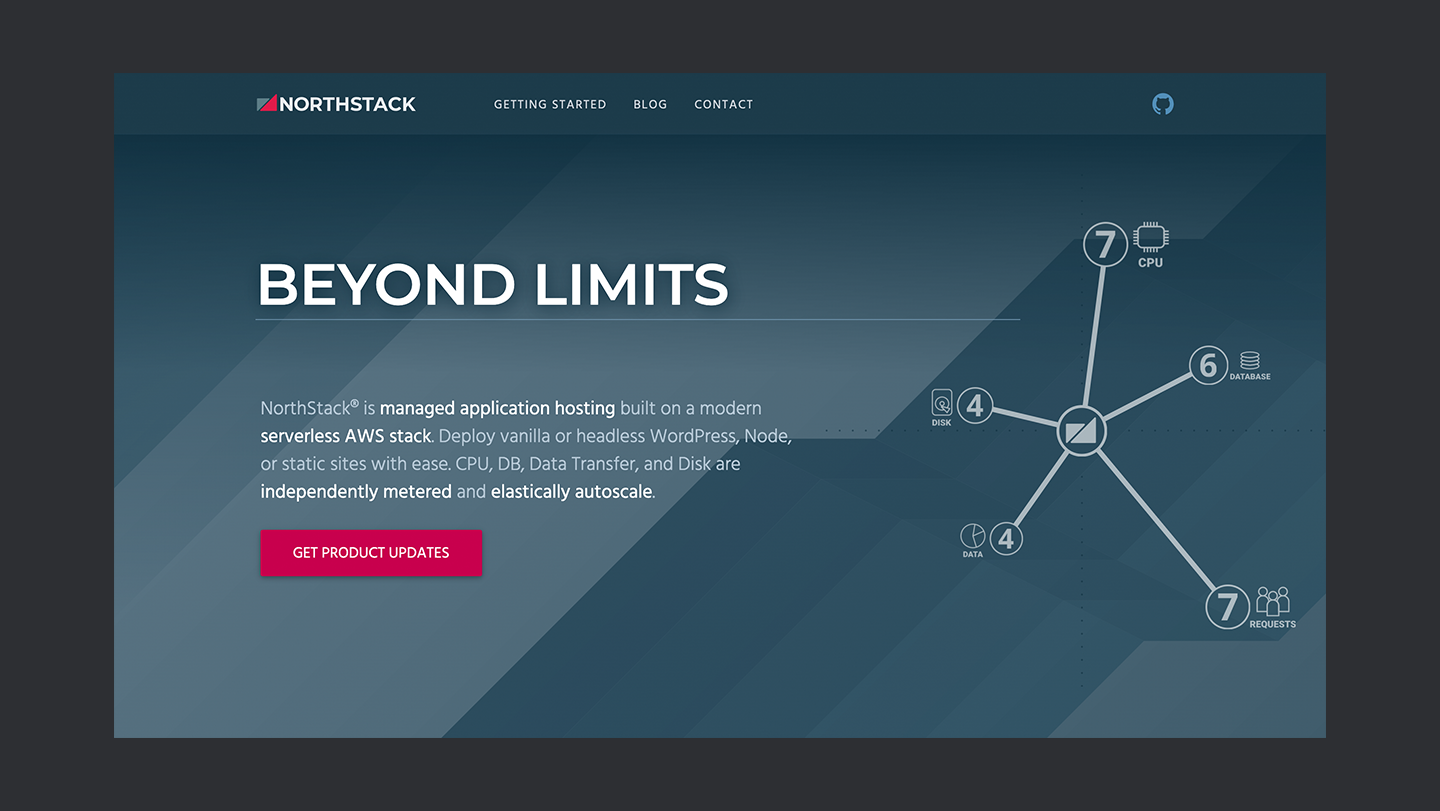 NorthStack offers five types of serverless hosting. You can use it to host your WordPress applications. It provides unlimited scalability that allows all the resources of your WordPress site, for instance, memory, CPU, RAM to automatically scale when needed. You can also host Headless WP, static sites, Node.js, and Laravel applications.

Since NorthStack is a serverless hosting, they follow the “pay as you go” method. They monitor your serverless application resource usage and then, in the end, sends you the bill.

“I’m really impressed by the groundbreaking concepts that have gone into the NorthStack system. Performance Foundry is excited to be an alpha tester, and looking forward to being an early adopter.” – Craig Martin, Managing Director – Performance Foundry

NorthStack is full of amazing features that we can use to improve your serverless experience. Some of these features include

Now after discussing what serverless architecture is, the comparison between FaaS and PaaS, serverless cost efficiency, and a serverless hosting vendor, let’s take a look at what kind of benefits serverless provides.

As the cost efficiency of the server is already one of the biggest benefits of using this architecture model, it is not just limited to it.

As I told you in the start that serverless does not mean that the sites are not going to run on any servers. But there is almost next to none of your involvement in its maintenance. Thus, the term serverless.

These servers are maintained by serverless vendors. So with this, you can focus on your application code and expand them without being constrained by server capacity.

With serverless infrastructure, you do not need to upload code to the server or do any kind of backend configuration in order to get a new release working. They can either upload the code all at once or individual functions separately. Because of this, you can also quickly update, patch or add a new feature in your application.

🤔 Where To Use Serverless Architecture?

Not every application right now is built for this architecture. If you have a large application in mind that will have a lot of working parts, for instance, an e-commerce site then you should for now, adopt the traditional way.

If you have a small, light-weight application in mind that you want to easily expand or update then serverless is what you are looking for. Also, if your application sees inconsistent usage then because of the server cost management, the serverless architecture will be a better approach.

Serverless is still a new architecture and needs a lot of work. Its concept is quite revolutionary. The Function as a Service model is much better than the traditional one. It is cost-effective, provides you more control over your application, allows you to work only with your code without worrying about changing server configurations for new features.

But being a new way of developing, it also comes with a lot of security concerns. If you are not dealing with the server then the vendors are managing all of it. So it can become a problem when dealing with sensitive user data. Also, since there are no particular servers assigned to a company, the vendors are running code of several customers on a single server which can be a huge security risk.

There are both advantages and disadvantages to a serverless architecture. Now it is up to you to decide what kind of way of development you want to adopt.

Have you worked with the serverless architecture? How was your experience? Let us know your thoughts in the comments section below.

(NOTE: Our next article is about an all-new feature of NorthStack. It’s called the NorthStack Client. To learn more about read here.)

NorthStack Client – A CLI To Help You With Serverless Development